LDT Oversight: Why the FDA makes a point 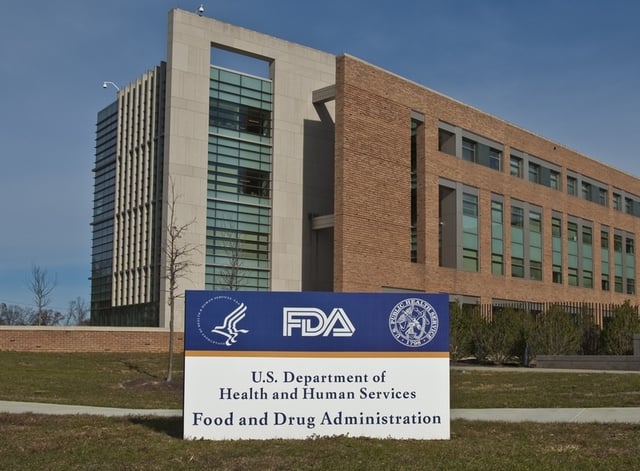 Recently, the FDA upped the ante in the ongoing debate over its desire to regulate laboratory developed tests (LDTs) with the release of a report detailing the ‘real and potential harms to patients and to public health’ arising from LDTs.  This debate has been heating up for several years now—not coincidentally with the emergence of precision medicine and the rapid adoption of data-intensive tools such as Next Generation Sequencing (NGS) and the growing pipelines of targeted therapeutics.  One might argue that the horse has already left the barn and the FDA are trying to corral it back in.

The report titled “The public health evidence for FDA oversight of Laboratory Developed Tests: 20 case studies” detailed numerous examples over the past decade of LDTs that have caused harm to the patient. (You can download the report here.)  With so many case summaries, it isn’t a particularly quick read, so I’ll summarize the main points of their arguments here.  To begin with, they re-iterate once again—why the FDA believes they, and only they have the legal (and moral) authority to oversee LDTs.

FDA’s Fundamental Arguments on the regulation of LDTs:

1. In 1976, Congress gave the FDA authority to regulate in vitro diagnostics (IVDs) as medical devices
2. LDTs are a subset of IVDs designed and made for clinical use in a single laboratory
3. The FDA has not chosen not to enforce the FD&C Act for LDTs until now because they used to be simple technologies, typically used for rare diseases in limited numbers of patients...
4. ...but now they are practically everywhere and available to many more patients and are diagnosing common and serious conditions like cancer and heart disease; guiding therapy and predicting risks; some individual laboratories that initially developed LDTs have now morphed into separate businesses that market complex tests nationwide
5. The FDA wants to highlight that the current oversight framework is inadequate, and ensure that all these tests are supported by “rigorous evidence”, assuring patients and health care providers that they can have confidence in test results.


To underscore their arguments for their sole responsibility to regulate IVDs (including LDTs), they highlight several ‘serious’ areas of concern they’ve found with LDTs over the years.  These concerns are detailed in 20 specific case studies of examples of “LDT’s gone bad” and where they may have caused the patient to undergo unnecessary procedures or have caused potential harm to the patient.  Some of these concerns include examples of LDTs where no evidence of clinical validity existed, and other examples wherepremarket performance reviews were not conducted or reviewed to ensure safety and effectiveness of the test before it was marketed and used by potentially thousands of patients.  Additionally, instances of unsupported manufacturers’ claims and lack of transparency were cited in yet more examples.  An interesting area they highlight as another issue with LDTs is the uneven playing field in the market as a result of certain laboratories and IVD manufacturers conducting the necessary R&D and premarket evaluation of their devices while others choosing not to.  While competition and marketplace fairness are not typically an area of ‘FDA concern’, they rightly highlight the current disincentive for laboratories and IVD manufacturers to seek FDA approval when a faster route to market exists by foregoing a rigorous and potentially more costly review process.

The problem cases span a wide variety of immunoassay and molecular methods—with many examples of LDTs for different types of cancer being cited. In many of the cases, it is clear that many of these tests would never have survived a premarket review process from the FDA due to likely minimal performance data or flawed and incorrect studies supporting their use.  Others may have been marketed prematurely and have since been replaced with tests with improved clinical performance data.

The crux of this debate is that without a consistent and rigorous data-driven approach to assessing the accuracy, reliability and clinical relevance of a given LDT, how can one assure the safety and performance of ALL LDTs for a given condition?   The explosion of precision medicine and next generation sequencing-based testing in cancer and reproductive health has literally created hundreds of unique LDTs targeting the same markets patients. These tests are markedly more complex and challenging than a simple PCR and or immunoassay test and yet are being adopted in clinical laboratories at unprecedented rates. These tests have undoubtedly had a tremendous impact on patient care—however because of the lack of transparency and oversight on the performance of these tests, we can’t really know how much of that impact was negative.

An important point, often overlooked (and surprisingly not discussed in the report) is the fact that the vast majority of these LDTs are built using reagents, platforms and analysis software that are classified as Research Use Only (RUO). These critical assay components are typically manufactured without the benefits of rigorous quality control systems such as ISO 13485 or Good Manufacturing Practices (GMP) as are most traditional IVDs. These can and do contribute to varying assay lot-to-lot performance if not properly controlled for.  In the case of NGS-based assays, the high number and criticality of these differing RUO reagents and assay components can add significant amounts of uncertainty into the these LDTs.

As for those who firmly believe in the authority of CLIA to permit labs to develop and validate their own tests, the FDA points out that all of their 20 listed cases of LDTs gone bad happened in labs following the minimum requirements of CLIA.  They remind us that CLIA itself does not• Ensure the safety and effectiveness of LDTs

• Assess the quality of the design and manufacture of the devices
• Ensure adequate test labeling, directions for use and require ‘Truth in Marketing’ (Were there ever such a thing!)
• Require adverse event reporting and ensure removal of unsafe devices from the market


Whatever your beliefs or side you take, not to worry--the debate is far from over. There is no doubt much more is to come.  What is evident is that the propaganda war continues to heat up on both sides and all the while, that horse that bolted from the FDA stables years ago continues to run further and faster with each day. If it ever does come back, we probably won’t recognize it.

If you have an opinion on the issue—we’d love to hear it!  Tell us below why you think the FDA is right or wrong to want to oversee these high-risk LDTs and what, if anything needs to be done to further ensure the safety and performance of these tests.   Stay tuned for an upcoming counterpoint argument on why the FDA needs to stay out of LDTs.