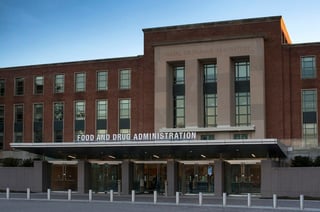 As pointed out by my colleague Trevor Brown in his blog post “LDT Oversight: Why the FDA makes a point” (their case for increased oversight of the new wave of Laboratory Developed Tests [LDTs]), the LDT horse “left the barn”  years ago so why is the FDA calling for a ‘round up’ today?

The short answer is the FDA has legal oversight of the IVD industry and in my opinion the FDA is responding to tremendous lobbying efforts from trade organizations to act now. Two organizations pushing for increased FDA oversight are AdvaMed and the American Association for Cancer Research (AACR) .  Both organizations publically support FDA oversight which favors “industry consolidation” and has led to high profile press coverage such as this one recently in the Wall Street Journal (subscription required).

A direct benefit of any public debate is simply hearing both sides of an issue so that informed, data driven decisions are made. In this counter-point to expanded FDA oversight, let me highlight impactful LDT case examples and then probe more deeply into the clinical laboratory’s response to new FDA oversight.

Clinical labs, under direct supervision of Board Certified professionals, have developed and validated laboratory developed testing procedures within Clinical Laboratory Improvement Amendments (CLIA) Federal regulations for many years. These assays are offered to patients through their hospitals, providers or medical networks. Furthermore, these tests are needed by patients today and are often rapidly developed in response to new discoveries. One reason these assays are not immediately submitted for FDA review is that the early market opportunity for a specific assay is usually not large enough to justify the high clinical trial investment typically required to develop an FDA cleared In Vitro Diagnostic (IVD).  Yet another may be the perception of the FDA’s ability or willingness to accept novel technologies or clinical utility for a new diagnostic.  Whatever the reason, the patient need is still there, no matter how small the market is or how compelling the early clinical evidence may be;  thus Board Certified professionals respond as they are trained and in according to existing professional guidelines. Moreover, the pace of change brought about by advances in Precision Medicine is accelerating from our industry’s many biotechnical advances and our extensive bioinformatics capabilities. The number of LDT assays will only continue to grow.

As counter-point to the FDA’s 20 case studies (the report is available here),  I was immediately drawn to the 2014 book--“12 Tests That Changed Everything1”. This reference book is part of the Molecular and Translational Medicine Series by the editors William Coleman and Gregory Tsongalis, and is centered around molecular pathology of major diseases with applications into translational medicine in order to advance patient care. Each of the12 assays detailed in the book are described in historical context including the clinical background and applications for the assay, their interpretation, and the regulatory issues prevalent at the time of their development and implementation. Most importantly for this debate, is how these early tests changed medical practice.   For emphasis and to juxtapose the FDA’s 20 examples, the ‘12 assays that changed everything’ include the following FISH for multiple cancer diagnostics; CYP450 genotyping; EGFR for lung cancer; HER2 Companion Diagnostic; BRCA1/2 for breast cancer; cystic fibrosis screening and diagnosis; newborn screening by LCMS-MS for biochemical abnormalities; chromosomal microarrays; BRAFV600; HSV and HIV viral loads; screening the blood supply and HCV genotyping.  For each assay there is peer-reviewed literature and for some tests the FDA release documents are cited.  It is important to note that in nearly all cases, these 12 tests went through a translational research stage, then an LDT stage and for some an FDA cleared or approved IVD stage.  Even today, while some of these assays have an officially submitted ‘IVD’ counterpart, many of the LDTs remain due to cost, performance or in many cases broader genetic coverage than would likely be permitted by the FDA’s conservative definition of clinical utility. This staged evolution of diagnostic deployment is typical considering dollar investment can increase by a factor of 10 or more at each stage and most of these early assay innovations originate from a clinical diagnostic laboratory responding to an acute diagnostic need.

“Epidermal Growth Factor Receptor Testing in Lung Adenocarcinoma” is an excellent example of how innovation and LDTs work today.2 This chapter, written by Dr. Neal Lindeman of the Molecular Diagnostics Laboratory of Harvard Medical School, is quite relevant to the LDT debate as an example of how the LDT / CLIA system successfully works for the benefit of patients.  For background, the first discovery that EGFR genetic profiling was needed at diagnosis came from a retrospective review of why Gefitninib, an anti-EGFR tyrosine kinase inhibitor (TKI) therapeutic from AstraZeneca, failed at phase III NSCLC clinical trials in 2003. The study revealed that only tumors from a subset of NSCLC patients harbor EGFR mutations and are able to respond to TKI therapy.  Just one year later in 2004, PCR and Sanger Sequencing-based LDTs showed that the presence of heterologous somatic variants in EGFR correlated with successful treatment. Even though a minority of patients present these mutations at diagnosis, the lung cancer rate is so high in the U.S. that ~20,000 lung cancer patients are eligible for treatment every year.

So as a case example for the LDT ‘round-up’, how has EGFR testing evolved over the last decade, considering ~200,000 patients could have been diagnosed with these mutations (and treated with this effective TKI) within this timeframe? As of today, there are two FDA cleared (2013) EGFR genetic profiling IVD tests (Roche cobas KRAS Mutation Test and QIAGEN therascreen KRAS Test). However, both tests do not detect all clinically actionable EGFR variants.  Consequently, EGFR testing is widely offered in the U.S. market as a Next-Generation Sequencing (NGS) LDT under CLIA and College of American Pathologists  (CAP) regulations by dozens of laboratories.  Cancer “hot-spot” NGS assays routinely interrogate these sequences with high sensitivity, down to 5% allelic frequency.

Dr. Lindeman also notes that the College of American Pathologists offer two shipments of lung tumor DNA samples for proficiency testing each year to CLIA labs for certification.  EGFR genetic testing and therapeutic treatments are still in development and aptly demonstrate how LDTs, developed and offered under Board Certified / CLIA lab certification, support today’s precision medicine needs. It would be an interesting case study (and beyond a blog post) to project the resources required by both the FDA and the dozens of clinical labs offering EGFR genetic testing to comply with expanded FDA oversight rules and regulations for this single assay, let alone dozens of additional ones.

Now let’s turn to the clinical lab’s response to the FDA’s 20 examples justifying expanded oversight. The lab’s counterpoint is clearly articulated by the Maryland-based Association for Molecular Pathology (AMP). AMP is not new to the public forum as they successfully challenged the Myriad Genetics BRCA patents and won at the Supreme Court in 2013 opining that naturally-occurring DNA sequences / genes could not be patented.3 AMP counters additional FDA oversight with a strong argument for modernization of CLIA regulations instead.  The chart below summarizes some of the key points of the AMP’s rebuttal to each of the FDA’s listed 20 examples of LDT case studies ‘gone bad’.

The AMP announcement of their report is here, and the report in its entirety can be found here (PDF).

AMP maintains the FDA "cherry-picked" a handful of assays, out of the thousands that are routinely offered successfully to patients through their medical care providers. AMP categorizes the FDA ‘examples’ in four ways:

What is very clear from AMP counter-point is their strong recommendation to modernize CLIA regulations and to access 3rd party experts within government, clinical labs and industry in order to keep pace with rapidly changing technologies and therapeutic advances.  They are also clear in that they do not support expanded FDA oversight.

(Here is a link to a PDF of the entire AMP CLIA Modernization Proposal.)

CLIA modernization will take substantial resources on the part of clinical laboratories, CMS and the FDA to implement, but it a necessary step irrespective of the amount of FDA oversight.  One area that there appears to be agreement between the sides, is the need for more in depth reviews of highly complex, multi-analyte assay procedures that are the future of precision medicine.

The question still remains: will the FDA win in its attempt to “lasso” the U.S. LDT offerings or will AMP and the clinical laboratories prevail for CLIA modernization instead?  Share your opinions on the matter in the comments section below.