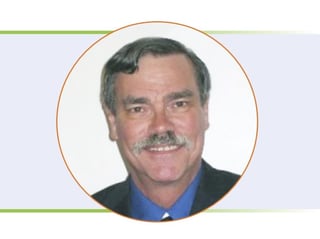 Dr. Condie Carmack has over 30 years of experience in the life sciences and diagnostic industries, having been prior to GenomOncology the Director of Oncology Programs at Vela Diagnostics, developing an NGS-based system for worldwide regulatory approval, and prior to that helped found (as General Manager) the Cancer Genetics Laboratory at Baylor College of Medicine with Dr. Marilyn Li.

What was it like to implement the first cancer hotspot panel laboratory developed test at Baylor College of Medicine?

In 2011 soon after the Life Technologies acquisition of Ion Torrent Marilyn Li and I decided to bring online the first Cancer Hotspot Panel as a laboratory developed test1. The ‘version 1’ of this panel had 48 genes, and we had to cobble together different historical samples we had on-hand, in addition to some other materials we were able to source. Back then the software was poor to both call bases as well as to align reads, so there was a lot of ‘growing pains’ in learning how to deploy NGS in a routine clinical setting.

Was there a lot of manual intervention?

Marilyn was great to really understand the different technologies we used in the laboratory, going back to the use of microarrays. She would carefully look into the sequencing data, and look carefully at both homopolymers and insertion-deletions (indels) before putting together the report. She had to manually filter the data; however the software did increase steadily as we worked with the vendor to improve their algorithms.

Can you share some of the particulars in generating an oncology laboratory developed test?

The Baylor Cancer Genetics Laboratory was very research-oriented, and every laboratory has their measures of clinical sensitivity and specificity. However the Laboratory Director exercises their own judgment in what they are comfortable in reporting out. In the hands of a professional I have no problems with these results because I trust their judgment. Until this technology becomes more mature and ‘plug-and-play’, this situation will continue. Are they 100% correct all the time? Probably not, but there is much more good done than bad, because these kind of multi-gene panels at lower allele frequency were just not possible with Sanger sequencing technology.

You went from an academic environment to a commercial one at Vela Diagnostics. What can you tell me about that experience?

Vela Diagnostics was founded upon the idea of making a next-generation sequencing instrument a diagnostic device (under the Section 510(k) of the Food, Drug and Cosmetic Act in the U.S.), and to that end had a very different development environment. There was document control and ISO 13485 quality standards and all the rest of it, and we took pains to collect a lot of metrics around the system. This included developing our own cell-line dilutions at certain allele frequencies; we went down to 1.5%.

And what did you observe?

Our Limit of Detection (LOD) values of measured allele frequencies would be right around 5%. We were diligent in recording from each run which would be detected and which weren’t, but all we could do was record them.

As far as the sources of variability, what did you see there?

Since our platform was Thermo Fisher Scientific’s Ion Torrent PGM™, the key step was the chip loading. There were some technicians who could load very well, and others who couldn’t. Thus the use of a reference control was important that could give us additional detail around where the variability was coming from, whether library, template preparation, loading or sequencing.

How would you compare NGS as an LDT to other existing laboratory methods?

Most laboratories consider manufacturer recommendations for good maintenance of their equipment as sufficient. For example, say a laboratory uses a flow-cytometer for a clinical assay that they’ve implemented, and every six months per the manufacturer’s recommendation they have a preventive maintenance and calibration. They did what they could to keep their instrumentation in order - but on the Ion Torrent PGM, “The Chip is the Machine™” and that gets discarded after every use.

Here at GenomOncology we’re helping a number of laboratories bring up next-generation sequencing assays as laboratory developed tests, and there’s a real need for the kind of software we are offering as well as the training and assistance we offer. Most people don’t understand the variables they need to control for performing next-generation sequencing in a clinical laboratory environment.

Can you expand upon what GenomOncology is offering?

Way back in the late 1980’s and early 1990’s I was using an early Apple MacIntosh running a program called MacGene that was written by Manuel Glynias. (He would later develop GeneWorks and Primer Express, which were marketed and later acquired by Intelligenetics and PE Biosystems respectively.) Recently he founded GenomOncology in 2011 to help solve a real need for modular and flexible bioinformatics in the pathology lab that is implementing NGS. GenomOncology recognizes the need to make it easy to not only interpret variants, but to offer software that has a customizable configuration to fulfill each laboratory’s individual reporting requirements.

Each of our customers basically has a custom product, and the software resides at the customer site behind their firewall. We can go to the cloud if the customers want to, but they haven’t asked us for that capability. There is the aspect of datasharing, either locally to a group or to the wider world via a ClinVar2 or other data repository of clinical variants, but that is something that will happen in the future.

NGS has come quickly as a new method and is really a clinical grassroots effort of early adopters in the community. For the technology to "jump the chasm" to main street, the community must have renewable and reliable standards from third-party sources. These reference materials are a "must-have" for most labs to get started and for proficiency testing. SeraCare has a strong reputation in the diagnostics industry, and your new involvement with precision medicine is welcomed - and needed.
For more information about SeraCare’s tools for precision oncology, you can access them online here.

References:
1. Marilyn Li speaking at the 2011 Association for Molecular Pathology (via YouTube).
2. The ClinVar public archive of relationships between human variation and phenotype, with supporting evidence.