What is Non-Invasive Prenatal Testing (NIPT)?

Fetal aneuploidy affects about 9 in 1,000 live births. The definition of aneuploidy is an abnormal number of chromosomes ; with 23 pairs of chromosomes in humans, 46 is the normal number, while aneuploidy individuals will have 45 or 47.  In trisomy, there is one additional chromosome, typically chr21, 18 or 13 (it is not a coincidence that these are the smallest chromosomes in humans).  Historically, the invasive methods amniocentesis and chorionic villus sampling (CVS) were used with risk to the pregnancy, with about a 1% chance of miscarriage due to the procedure. Non-invasive methods based upon ultrasound and serum biomarkers are useful screening tests, but were of limited reliability as they were indirect measures of chromosomal abnormalities1. 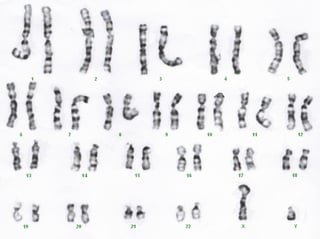 In 1979 it was first reported that maternal plasma contained fetal cells, and in 1990 fetal DNA was detected2.  In the ensuing years several technical challenges starting with the relatively high amount of maternal circulating DNA prevented a direct aneuploidy measurement. Fetal circulating RNA and the methylation status of the fetal DNA were both investigated as potential avenues of determining aneuploidy status of the fetus, as well as digital PCR approaches but all suffered from a variety of technical limitations.

The introduction of massively parallel sequencing, the 454 GS20 instrument  (now owned by Roche) in 2005, while a huge leap forward in sequencing throughput in bases per day (on the order of 100-fold, compared to the most advanced Sanger sequencing instruments available) did not immediately change the landscape of human genetics research. It took time for new enrichment technology and platforms to develop, to take advantage of this increase in throughput. A few years later in 2007 the Solexa technology presented another 10-fold improvement in overall sequencing throughput, but with an important change in sequencing dimensions over the 454 instrument: instead of 1 million 200 base-pair reads, the first Genome Analyzer produced 30 million 36 base-pair reads. This increase in read number (rather than overall sequencing throughput) enabled a new approach to prenatal testing.

In 2008 two important papers were published in the Proceedings of the National Academy of Sciences; the first by Stephen Quake’s group at Stanford University (“Noninvasive diagnosis of fetal aneuploidy by shotgun sequencing DNA from maternal blood”4) and the second by Dennis Lo’s group at The Chinese University of Hong Kong (“Noninvasive prenatal diagnosis of fetal chromosomal aneuploidy by massively parallel genomic sequencing of DNA in maternal plasma”5). Independent of the fetal genotype, a ‘shotgun sequencing’ approach randomly samples millions of sequence tags across the genome, and any over-representation or under-representation of any chromosome representing the fetal portion can be detected above the background maternal signal.

Many companies have been founded worldwide to commercialize this technology, and offer this test on an experimental basis. There are three different approaches: a massively-parallel shotgun sequencing approach (as described in the first two PNAS publications), chromosome-targeted sequencing, and single nucleotide polymorphism (SNP) genotyping-based analysis. Steven Quake speaking at a conference estimated that in 2014 over 1 million of these tests have been performed worldwide, and said NIPT was the most quickly-adopted molecular test in history.

Given this rapid adoption, the European Society of Human Genetics and the American Society of Human Genetics issued a joint position statement7 with the aim of NIPT to provide reproductive choice to women and their partners, and that positive NIPT results be accompanied with diagnostic invasive testing in addition to genetic counseling. Also, specific recommendations regarding ‘responsible innovation in prenatal screening with non-invasive prenatal testing (NIPT)’ such that the scope of prenatal screening can expand without increasing false-positives (and thus the need for invasive procedures). There were 10 recommendations in all, examining ‘emerging and future scenarios for NIPT-based prenatal screening from an ethical perspective’, and is worth a look.

SeraCare is committed to insuring the reliability of cell-free fetal DNA detection by offering Seraseq Aneuploidy Reference Materials. More information about our products can be obtained by contacting us here.