You can’t validate everything… can you?

“Is there a limit on the type of mutations we would need to validate given that the cost per validation is high?”

This question was recently posted to a panel of clinical genomics experts that we convened for a webinar hosted by GenomeWeb (you can download a full report on the entire series here). Panelists Girish Putcha, MD, PhD, Director of Laboratory Science, Palmetto GBA; Roger Klein, MD, Principal, JD Consulting; and Elaine Lyon, PhD, Medical Director, Molecular Genetics and Genomics, ARUP Laboratories, weighed in with thoughtful responses to a query that’s on the minds of many clinical laboratorians. 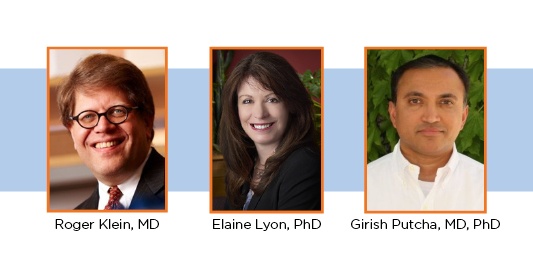 Girish Putcha: This is the inherent challenge. As Roger and Elaine have both hinted at, you can’t validate everything. That’s just not plausible. So these validations are to some extent method based, but of course that only gets you so far because at the end of the day you can be following all the right methods and doing all the right things, but, as other people have said, you can follow the recipe but you might not end up with something that’s worth eating. So what our specs try to do is at least break the methods-based validations into classes, different types of variants, whether they are point mutations or INDELs, or so forth, as well as according to where those sit relative to your validated limit of detection for the assay. So we take a hybrid of methods-based and performance-based metrics and we try to stratify them in ways that are representative and clinically useful.

Roger Klein: This is actually a big challenge. You can’t validate everything. And truthfully I think a lot of this is just going to have to be learned empirically. These technologies are new. In cancer I would consider an exome test an emerging test. I think as we learn more, we’ll better understand how to ensure reproducibility and reliability, particularly between laboratories, of these really large-scale tests, and right now we need to do the best we can in terms of trying to get the range — look at the range and types of variants. And I think, to some extent surrounding sequence, as well, is probably important in some cases.

Elaine Lyon: Our approach is to try and get a variety of different genes. Since we’ve been doing testing for quite a while, we’ve collected a number of interesting samples. So we have both genomic samples from patients that we’ve tested previously with a different method, as well as use synthetic controls. We don’t want to do everything with synthetic controls but they are a great way to add to what we do. I don’t know if there’s a limit to the types of mutations. You try to get the best variety that you can by combining both the synthetic and genomic [controls].

This discussion is just part of one webinar in a series of four. To get the panelists’ expert views on validating clinical next-generation sequencing assays, as well as case studies from Drs. Greg Tsongalis, Bob Daber, and more, download the full webinar series report.